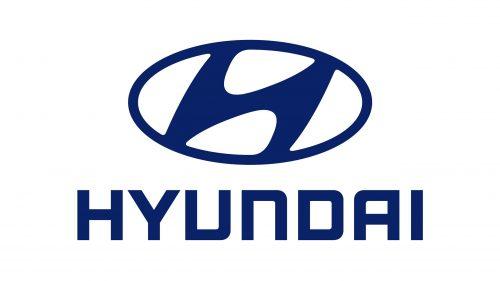 Hyundai is one of the largest Asian automobile manufacturers that expand its business across the globe. From affordable cars to luxury ones, Hyundai is a reliable name for all types of vehicles. They also produce engines and vehicle parts and sell them to other brands.

When it comes to making logos for a brand, Hyundai is indeed done the job uniquely. Are you eager to know the Hyundai logo meaning? Well, this article will remove all your curiosity regarding this topic. So, without further ado, let’s jump into the world of Hyundai!

Before starting the details, catch a glimpse of the basic information about this brand.

The History of Hyundai Brand

Hyundai, also known as Hyundai motor company is the seventh-largest car manufacturer in the world and the top one in South Korea. The company started its journey on 29th December 1967.

At first, the brand worked on assembling Ford Cortina. Later on, they wanted to focus on their own creation. The pony was their first best-selling model from which the brand got the recognition they desire.

Hyundai also works on other vehicle types like hybrids and SUVs. The brand also owns renowned brands like Kia as well as Ioniq and Genesis.

Let’s have a look at the below segment to see how the design changes over the year and comes into today’s form.

In 1969, Hyundai made its first logo. The old logo contained a circle. Inside it, there was an angular oval shape that looks like a car window. On the other hand, the letter “H” and “D” are written in a stylized form that was placed into the bottom line of the oval shape. The background of the image was white.

In 1970, the designer modified the logo a bit. The circle became smaller and turned into an oval shape. This time, the word “HD” was placed completely in the middle.

The blue era of the Hyundai logo started in 1078. This time the Hyundai symbol changed drastically. The company wanted to change the overall visual identity and to do so, they adopted an intense color palette. The new badge featured a horizontal rectangular shape. Inside it, the word “HD” is written in a bold blue form.

Furthermore, the company’s name was written in Korean word at the right side of the rectangular shape. The background color remained the same as the previous one. The blue and white color shades made the logo representable while the straight shapes showed professionalism and reliability.

The first version of today’s famous Hyundai logo first appeared in 1990. This logo combined elements from all the previous logos and the final result was totally amazing!

The symbol featured an oval shape where the bold letter “H” was enclosed. Although the color remained as before – blue and white – the blue shade become darker and deeper.

This time a modern and stylish logotype adds with the Hyundai emblem. Except for the word “n,” all the other words in “Hyundai” are written in uppercase form. However, all the letters featured the same size, making the design unique and thoughtful.

The company decided to make a three-dimensional logo in 2011. And to do so, they started to use a voluminous silver symbol instead of the flat blue one. All the other things remained the same.

Due to the metallic glossy finish, the whole design looks more fascinating. Still, the company decided to stop using this one after six years.

The Hidden Meaning of Hyundai Symbol

You may think that the “H” in the Hyundai logo is just the initial of the company’s name. It’s quite usual for a brand to use their initiative to make a symbol to represent them. However, Hyundai shows amazing skill in this case.

Well, obviously the “H” stands for the name of the company. But it has another meaning too. If you look closely at the design, you can clearly imagine that two people are shaking hands with each other there.

Hyundai describes these two people briefly. According to them, one of them is a salesperson and the other one is a satisfied customer. They shake hands after making a successful deal that makes both of them happy.

On the other hand, the “H” in the logo is slanted a bit, which indicates speed and movement.

Furthermore, the oval shape of the logo represents the global expansion of their business.

Colors of The Logo

You have seen that the brand started with simple black and white image and eventually adopt various shapes of blue. Hence, you can definitely say that the main color of the Hyundai logo is blue since it stays with the brand longer than any other color.

Along with blue, it also uses silver color widely. Both blue and silver color highlight sophistication and reliability.

Now you know the Hyundai logo meaning and the story behind it. The company really did a great job while designing the logo.

It’s indeed possible to express so many things with a simple design, and Hyundai proves it true. So, hats off to Hyundai! Hopefully, we will see many more amazing logos in the upcoming years.