Top 10 French Car Brands: Everything You Need To Know 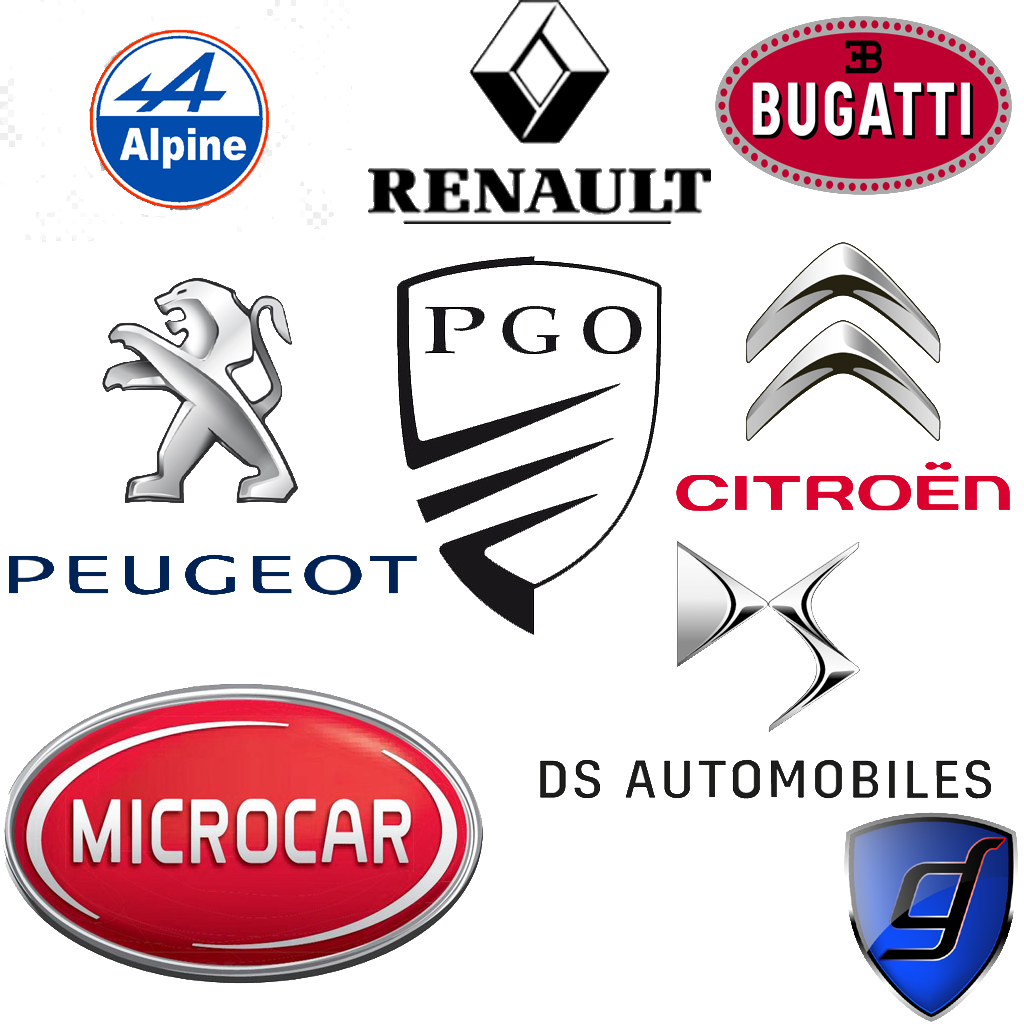 Are you fascinated to know about french car brands in detail? If so, then you will be happy to know you landed at the right place, as we will talk about the top 10 brands shortly in the following chapter.

France – the country of good food, wine & romance – it is a country that has never failed to amaze us with all its beauties & other leading corporate industries.

However, among all such things, many people forget to talk about the automotive industry. They are also a big part of France that is actively taking part in the economy while making the country popular globally.

And to your surprise, they are the 3rd largest automobile producer in Europe, right after Germany & Spain. Want to know in detail? Let’s begin the journey:

Here is a list of the 10 best French car brands that are ruling the industry from the release date to the present time.

Peugeot is one of the most reputed auto manufacturing companies that is rocking the industry from 1882 to the present date. In fact, you will be surprised to know that they produce nearly 1 million vehicles every year & hires around 83,000 new staff, which is definitely worth appraisal.

Another leading specialty of this brand is they understand all the restrictions & challenges of the market. After then, based on all the information, they have tried their level best to improve all the lackings, which ultimately resulted in the creation of the new models.

They saw the 2nd quarter of 2014 with rising sales results, delivering up to 7,25,000 vehicles internationally. It is obviously a piece of good news for these french car makers.

The latest model of this brand, the 108, received critics’ appreciation based on its design, performance & affordability. It is now one of the biggest competitors to Toyota’s Aygo & Citroen’s C1.

The following french car manufacturer on our list is Citroen. And why not? Whether it be their design or their functionalities, these car brands have never failed to impress us from the year 1919 to the current days. They have always amazed us with their creativity every year.

Not to mention, this car brand is also the leading company producing automobiles outside the United States. And since the 1st quarter of 2014, they are always on the rise with a registering growth of 16%. Their biggest sale took place in the year 2014, with 127,000 units sold.

Among all the other top brands, Citreon has undoubtedly produced the highest number of award-winning cars.

Renault is another powerful french auto brand that is worth mentioning about. The specialty of these brands is their affordability.

No wonder they are rocking the industry & is always on the trend from 1898 to the present date.

Being an affordable alternative, Renault has achieved the European’s appreciation in 2014. Starting from manufacturing cars, vans, trucks, buses/ coaches, tractors, tanks, aircraft, aircraft engines to auto rail vehicles – they have got all of them listed under their brands.

The famous brand Bugatti was started by a family in Alsacia at the beginning of the 20th century. These brand cars are mainly popular for their several race victories.

They have bragged the name of being one of the most high-priced car brands worldwide, starting from $1.7 million that too for the cheapest model (Bugatti Veyron) to the most expensive one Bugatti La Voiture for $18.7 million.

The 7th time Formula One World Champion racing driver bought one of the most reputed Bugatti EB110 models in the year 1994.

The next one on our list is Alpine. They were invented in the year 1955, & soon after, they gained the limelight with their striking designs & performance. They are basically known for manufacturing the top race & sports cars.

They even won various prestigious races played on the European & International motorsport circuits. And why not? It is their leading specialty that makes them so different than others.

They were bought by Renault S.A in 1973. However, in 2017, the Alpine brand was relaunched with the A110 model. And since then, from selling only 7 cars to making a sell of over 4,000 cars last year is defiantly worth praising for.

Venturi is one of the luxurious french car brands that are well-known for making and selling some of the posh electric vehicles. Unlike other popular brands, like Renault and Peugeot, it is a new one, which was founded in the early 80s.

Their target from the beginning, as usual, was to create exclusive car models. And fortunately, they were able to bring it on with their hard work and endeavors. Fetish and Eclectic are the two remarkable inventions of this brand that attracted the world’s attention towards them.

They are a total beauty in terms of all angles. In fact, with these 2 car models, have gained so much media attention that it has certainly helped them rise to fame along with increasing their sales rate.

The Fetish can drive at a  maximum rate of 110 miles per hour. As a result, the price tends to be much higher as this vehicle is only manufactured in 5 items once a year.

PGO is a private-owned car manufacturer in France that is reputed for producing monstrous sports cars. All of their creations are simply awesome and exclusive.

From 1985 to the present date, this brand has never failed to impress us with its unique inventions.

At first, they began their business by making the replicas of the famous Speedster II, Cevennes, and Hemera. Later on, they moved their business by creating their own range of two-seater retro-style sports cars, leaving everyone stunned.

The next one on the list is another famous brand, namely Microcar. It was established in the year 1987.

As the name goes by, this brand specializes in making microcars. Although the company kicked off its business as a sailboat manufacturer at first, but later on, in the year 2000, they have moved on to producing automobiles.

Eventually, due to their noteworthy creations, they began to become one of the best microcar manufacturers in France and the largest one in quadricycles.

Due to their amazing creations, they rose to fame and thus became a standalone brand by the year 2015. Before that, they were a sub-marque of the Citreon company.

In the early 2010, they received the Car of the Year award from the famous Top Gear Magazine. Apart from this, they also have become one of the best-selling premium compact cars in the entire Europe.

Genty Automobile, also known as SAS Genty Automobile. They are one of the newest french car manufacturers. Yet, due to their amazing creations, they have ultimately managed to be on the top 10 list of the best car brands in France.

It was founded by Frederic Genty in the year 2010 with his own funds. They started working on the Genty Akylone in 2011 and finally launched it in the year 2017 – which has left everyone amazed. This has been dubbed as one of the French supercars by the critics.

Hopefully, by going through our article, you have developed a clear view of the top 10 french car brands. All of them are too good from all perspectives & is hard to find any flaws in them.

Be its exclusive design, improving previous functionalities, or adding new ones, they always have aced in all the sectors. That much good & reliable these brands are!

Check out the below most asked questions if you have any doubts lingering in your mind:

What is the name of the most luxurious French Car?

The name of the most luxurious French Car, without any doubt, is Bugatti Chiron Pur Sport. Whether be their elegance or performance, this car is a true beauty from all angles. And is the number 1 pick for the royalty & famous racers.

Which is the most reliable French Car?

Although there are plenty of brands & models that are reliable & give a top-notch performance, yet if we were to pick which is the most reliable & dependable one, then definitely the vote goes to Peugeot 3008. They have the highest number of satisfied customers without any complaints encountered under their name till today’s date.

What are the top 3 French Car manufacturers?

Among all the automobile manufacturers, the 3 major ones that are ruling the world with their exclusive design & features are none other than the famous brands, namely, Citroen, Peugeot & Renault. Not a single year passes by that they fail to mesmerize us with their unique & innovative inclusion.