History and Evolution of the Suzuki Logo 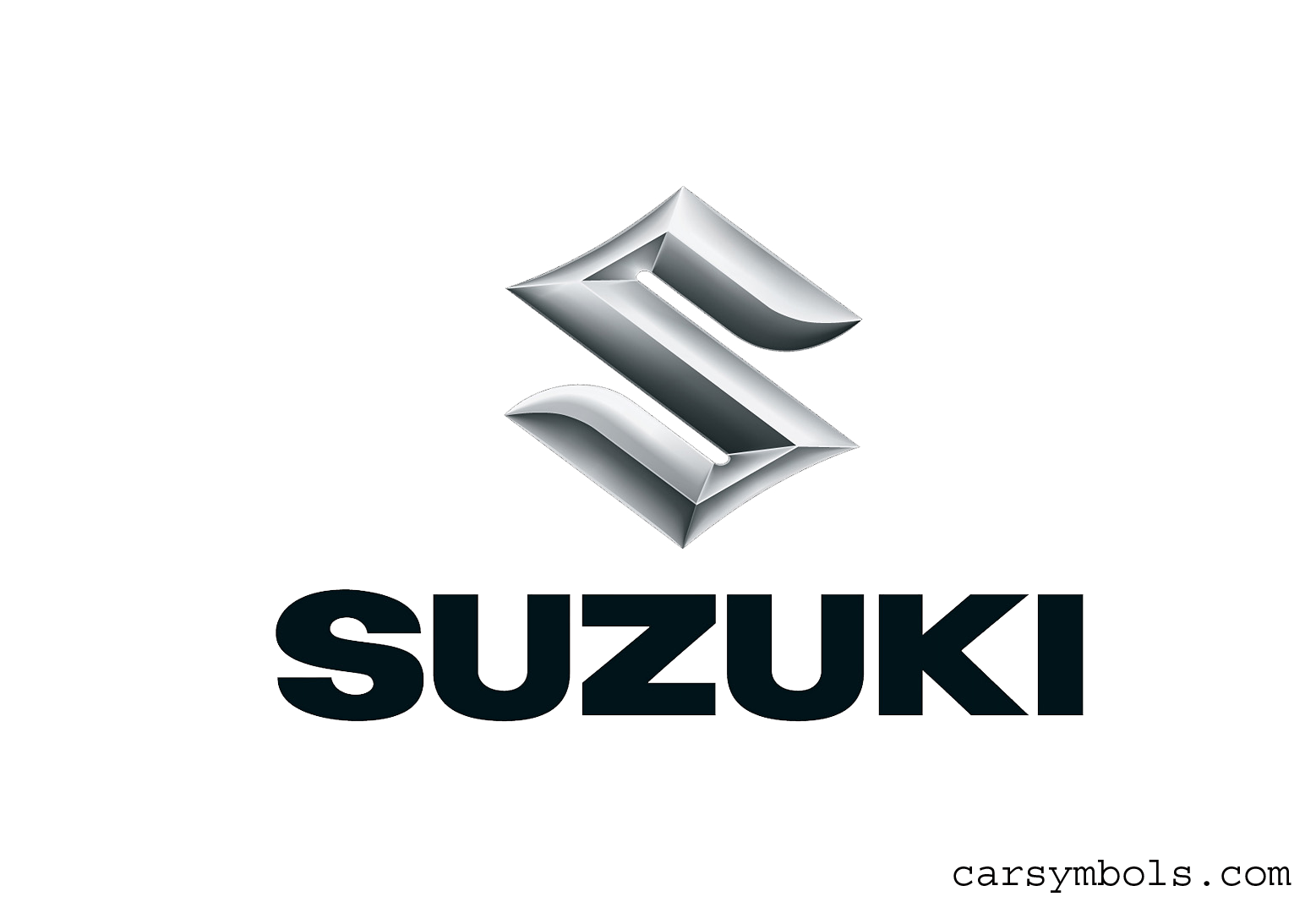 Suzuki is one of the biggest automobile companies in the world from Hamamatsu, Japan. Michio Suzuki, the founder of Suzuki, founded the company in 1909.

Do you know the founder’s name was the main inspiration behind the Suzuki logo? For detailed information, dig deep into this blog.

Meaning of the Suzuki Logo and Name

The main basis of keeping ‘S’ on the logo is to keep the founder Michio Suzuki’s nickname. Later the ‘S’ symbol on the logo got high recognition hence, it was never changed.

The logo has no specific meaning, as ‘S’ is the central emblem. The emblem represents the first letter of the company name, which starts with ‘S.’ Before 1958, the capital S was shaped like an eagle representing the Suzuki company’s sole purposefulness. From 1958 to the present, the Suzuki text pulled outside the symbolic ‘S,’ and the emblem was structured like a diamond shape.

Based on the founder’s name, the brand name was elected as ‘Suzuki.’ The brand Suzuki was founded in 1909 by Michio Suzuki Suzuki. Plus, it also represents elegance in Japanese society. However, all thoughts don’t have any actual validity.

The History of the Suzuki Logo

The logo of the automobile company Suzuki was simple and standard. There are two-phase of the logo created by the company. Until 1958, there was a different logo from what we see today. Both symbols represent the company’s name, starting with “S,” which is simple and clean. The first logo was black during the loom-making period, and the symbol S belonged in the middle.

In 1958, Suzuki changed their logo for the very first time. During the period, Suzuki shifted to the automobile sector entirely and brought some changes to the logo. The eagle-shaped symbolic ‘S’ was converted into a diamond-shaped ‘S,’ and the Suzuki text was pulled out to the bottom of the diamond-shaped symbolic S. The inside borders of the emblem were round. The edges looked like a sharp beak. Until then, Suzuki kept their logo the same for over 70 years.

Font and Colors of Suzuki Logo

Suzuki had two logos where the shape, font, and color were different. From 1909 to 1957, the logo was plain text in the middle with the company’s name. The outside was in an Eagle shape with a graphical design. The entire logo was colored black as the company’s theme color then. The font of the Suzuki in the middle of the logo was in classical Helvetica font, which perfectly matched the eagle-shaped S.

From 1958 to the present, the company changed the entire logo design. The Suzuki text was pulled from the previous logo to set on the bottom. The S with eagle shape was converted to an S with diamond shape where the inside wings of the S were designed roundly. The Suzuki text was placed in the bottom part of the emblem with the upgraded version of the classic Helvetica font. The new font was Neue Helvetica 93 Pro, which suits the logo.

However, there have been changes in color to the new logo. Suzuki changed their color to Red and Blue for their logo. The diamond-shaped S was colored in Red, representing the sun from Japan’s flag. The blue stain on the Suzuki surname text represents a sign of elegance. Till then, the company manufactured a bunch of motorcycles and cars with the S logo of Suzuki.

Another popular Thought about the Color of the Suzuki Logo

The red and blue color combination has leading thoughts. Here, red represents passion, integrity, and tradition. On the other hand, blue stands for excellence and grandeur.

Last Words
Suzuki is not only a world-class motorcycle company but also a symbol of trust. Without changing its logo, again and again, the company focused on its quality. There are no meanings for Suzuki as it is named after Michio Suzuki, the company’s founder. Since its birth, Suzuki never made massive changes to its logo, but a reform made in 1958 represents Suzuki till now.

In this following section, you will find relevant queries and answers about the Suzuki logo.

Question: Suzuki is made in which country?
Answer: The origin of the Suzuki company in Japan. The production of the Suzuki automobile was always in Japan. However, Suzuki started assembling in different countries to reduce the cost but never compromised the quality of products as all the parts were initially made in Japan.

Question: When did Suzuki start making cars?
Answer: Suzuki manufactured their first car in 1955 using innovation and technologies. After that, they produced many car models but limited their manufacturing and stopped producing cars for the United States due to low sales volume and exchange rates.

Question: Is Suzuki famous in Japan?
Answer: Suzuki is a significant and leading automaker company that has produced awesome motorcycles since the 50s of the 20th century. Suzuki also manufactures other motor parts and is famous for its quality products in Japan.

Question: What is the importance of the Suzuki logo?
Answer: Logo represents the brand’s face on the outer world. The suzuki logo shows the elegance of the brand. Moreover, the logo is the difference between other competitors and non-famous brands. That’s why keeping the suzuki logo is important.

Question: Will the Suzuki logo change in future?
Answer: It completely depends on the marketing policy of the brand. If the brand thinks about future changes, then they will make new one. However, changing such well-known logos will be challenging. For that reason, chances of future changes in logo design are minimal.