Meaning of the Subaru logo – The History and Evolution 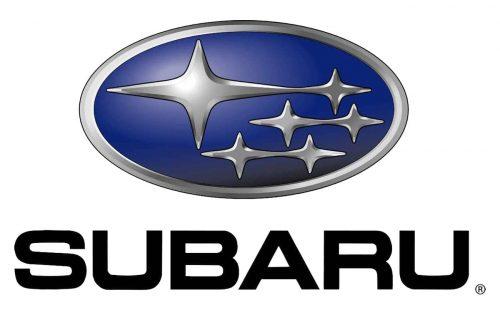 Subaru is one of the biggest automobile manufacturers without whose inclusion; the list will always be incomplete. And why not!

They have built each of their vehicles in such a way that you will feel your ultimate comfort and confidence while driving on it, despite the distance and the location. No wonder it always tops the list of the most favorite car brands each year. So, do you know the meaning of the Subaru logo?

Well, it has a pretty good story downline and has undergone through a lot of changes within all these years. This article is all about the Subaru logo.

Stay tuned to know about its golden history and evolution!

The Overview of the Subaru Logo

What is the meaning of the Subaru Logo?

Subaru – the first automobile brand to use the Japanese word. It can be translated from Japanese as the Pleiades or a cluster of stars in the Taurus constellation.

In Japanese, the word “Subaru” means “unite.” It perfectly goes with their logo. In fact, in every logo, you will find six Piedas stars in the cluster format, neatly arranged inside the background.

Here, the big star on the left portion, which is the brightest one – symbolizes the Fuji Heavy Industries. On the other hand, the 5 other small stars on the right side represent its subsidiaries, including the Subaru division.

Although the Subaru logo went through a lot of changes yet, one thing that they have maintained for all these years is the depiction of the six stars on their logo.

It’s something you will find common in all the logo designs. The main reason why the brand has kept it in its logo is to beautifully illustrate the strength and unity that went into making the Fuji Heavy Companies.

They are well-known in the industry for their top-notch speed and technical characteristics above all the other things. Rather than focusing on making money only, this popular brand focuses on making the best possible cars. So with seats on, you feel the most relaxed and thus can drive comfortably anywhere you want to without having to worry about the long hours or the places.

The first Subaru vehicle to hit on the ground was on the year 1952. Affordable and technologically advanced – they were smaller in size yet were spacious enough to hold 4 adults quite conveniently.

Quite impressive! Their first invention simply shows they had an advanced thinking and knew how to get their things done right from the beginning.

Explanation of the Subaru Logo

As already mentioned, the Subaru logo comes with the 6 visible stars in an oval, stretched horizontal shape. Each star represents the six companies that have been combined together into making this great Fuji Heavy Industries – the mother company for the brand.

This indeed holds a great significance for the Japanese culture and traditions. All credit goes to the Subaru logo that has made this possible through its beautiful depiction in its brand logo.

Here, in the current logo, the blue background functions as a symbolic representation of the sky and the sea, ultimately representing the reflection of the stars in the seawater.

On the other hand, the combination of the stars on the logo in pairs symbolizes the collaboration between the company’s partner and the customers.

The Evolution of the Subaru Logo

From the 1950 to the present time, the logo color and design have encountered a lot of changes and medications. However, one thing that didn’t change even for a bit is the six stars in cluster form. The one that was in the first logo is also present in the current one.

Let’s see all the modifications that this Subaru logo has gone through in all these years:

This logo is the first badge of this brand, which was created in the year 1953. This was drawn in monochrome with sharp four-pointed stars confined within a thin and distinct horizontal oval shape. However, with changes taking place in the colour and execution within all these years, what’s surprising is the badge has always been the same as its first one.

This is the second badge and was brought into the limelight in the same year, by coming with a 3-dimensional version of the monochrome starry version.

Featuring in a glossy metal along with silver gradient and lines, this logo looked bolder and smoother than ever. It looked pretty good on almost all kinds of Subaru vehicles, despite the background color.

Featuring a gold oval along with six golfed stars linked up with thin lines – this logo gives an elegant and sophisticated look to every Subaru vehicle.

In the year 1959, the manufacturer thought that it was high time to bring in some colorful changes in the logo. As a result, combined with a silver framing and stars of the same color, they kept the background totally red. This new color just shows the brand’s great passion and enthusiasm it has towards the progress and movement for all the time to come!

In the late 1970s, the Subaru created a new emblem with the stars remaining in the same position but now placed in a U-shaped figure with a flat bottom layer instead of the oval and horizontal one. Due to these alters, the lines become thickened along with the silver-black color scheme.

Designed back in the year 1980, this logo looked pretty similar to the one compared to the logo used in the 1950s. However, there were some exceptions to it. Here, the star lines were shortened, and the oval shape expanded.

Another noteworthy difference was in the component’s contours. The silver thickened lines featured a visible black outline that added a different sense of confidence and professionalism to its identity.

This logo was designed in the year 1979. The emblem consists of the same oval with the stars, with the color being changed. Such as, the silver stars were put on a deep blue background with the shapes being refined along with the inclusion of the gradient gray – resembling the shining stars in a nighty sky.

The logo was again modernized back in the year 1999. Here, the oval shape becomes wider and stronger than ever, with the background color boasting up the gradient shades and thus adding a 3D effect to the emblem. The stars of this logo come with a much cleaner and bolder lines along with the oval-shaped outline.

2003 – Current Version of the Subaru logo

It is the current logo of the Subaru brand. This redesign of the logo in the year 2003 has undoubtedly added a wordmark to its emblem. The blue color stands for the excellence and reliability, while the silver and black combo represent the sophistication, elegance, innovation and perfection of this brand’s vehicles.

What makes this brand a total stand-out is its simplicity but having a certain kind of style and elegance that will for sure drive people’s attention towards it.

That’s all from the discussion regarding the meaning of the Subaru logo. From the year 1953 to the current date, this brand has encountered a lot of changes, yet they still have maintained its position and quality, no matter what.

From boasting up your confidence to offering the best comfort – Subaru cars is sure to give you one hell of a ride, despite the long hours and the location.

Have a look at the most asked queries to clear up any doubts in your mind regarding the famous Subaru brand:

What is the symbolism of the Subaru logo?

What is meant by Subaru?

It is a Japanese word which means “unite.” This term is basically used to identify the six clusters of stars, which the Greeks widely called it the Pleiades.

What is Subaru known for?

Subaru is a well-known Japanese automobile manufacturer that is reputed for coming with the world-class all-wheel-drive standards vehicles in most of their line-ups. Such as Impreza, Ascent, Crosstrek, and the list goes on.

Is Subaru good for driving in snow?

Absolutely. In fact, to your surprise, they are one of the best while driving on roads full of snow. Thanks to their all-wheel-drive system that helps the four tires to find a better grip over the road by creating a lower center of gravity with balanced weight distribution.