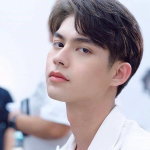 One of Australia’s most popular cars Kia Sorento brands has been forced to recall several thousand family SUVs due to a software fault that could lead to a fire.

Kia has recalled more than 6000 SUVs due to a fire risk.

Kia Sorentos built between 2012 and 2014 will need to return to the dealership for inspection after the brand found that a software issue could cause the car’s heater core element to overheat.

The notice says the overheating could cause damage to an electric connector, increasing the risk of a fire, which could “lead to potential injury or death for the vehicle occupants or other road users”.

The current recall is an expansion of an earlier one that applied to later model Sorentos and the smaller Sportage SUVs.

Full list of brands with the most recalls in 2022

Affected owners can contact their local Kia dealership and schedule an appointment to have their software updated. Affected parts will be inspected and replaced free of charge if damaged.