Top 10 German Car Brands: You Must Know About! 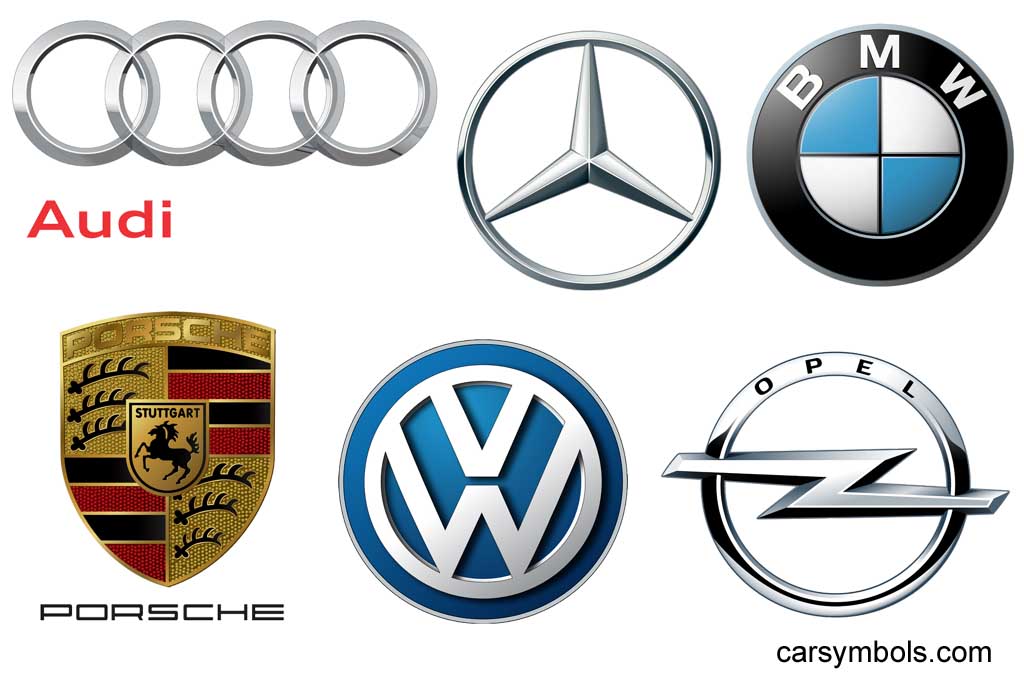 Is there anyone who doesn’t know about Audi, Mercedes Benz, BMW, Porsche, or Volkswagen? Nobody, Right!

But do you know all of them are German car brands? Surprisingly, all of these luxurious brands belong to Germany. In fact, they are 3rd largest one in the world when it comes to creating the most lavish, innovative, and competitive cars.

They produce around 6 million cars annually, withholding a market share of 35.6% in the European Union.

Without further ado, let’s know about them:

Whether it be their stylish looks, safety, top-notch performance, or quality – German cars are the way to go without having any sort of doubts.

Each German brand specializes in creating reliable and mightier vehicles that you will simply love driving.

Here is a list of the 10 best high-end German car brands that are famous in the world for their excellency:

Audi is certainly the number one german car brand rocking the automobile industry. And grabbing the attention of generation to generation from June 1932 to the current time. In fact, you will find a certain craze among people when they just heard the term “Audi.”

Well, it is not their fault. After all, it is Audi – something you just cannot control!

Though they are mostly famous for their luxurious and posh cars, yet the company just doesn’t stop there. Instead, they come with a series of smaller vehicles to SUVs and Sedans.

They are always on the list of the most desirable cars of all time. And why not?

Whether it be their exceptional speed or their fashionable design – they never fail to surprise us.

Since the year 2013, its sales rate is always on the verge of rising, without any chance of declining. Some of the most popular cars of this brand include the Audi A8, Audi TT, Audi A3, Audi A6, Audi A1, Audi Coupés, SUVs, S (Sport), RS (Renn Sport/Racing), and many more to go.

This luxurious german brand has been with us for more than a century now. Still, it just never gets old. Instead, it is mesmerizing generation after generation with its splendid grandeur and charm.

Specially reputed for its limousines in the automobile world, it can also be seen in almost all the popular movies having a grand entry. They are without any doubt in mind one of the best vehicles in the entire world.

Since the start, this brand is ruling over the market with its unique combo of elegancy and technology. And with time, it is just getting better and better. Right from including luxurious cars to trucks, buses, vans, and limousines – they just have it all covered!

Another standout of this brand is that each vehicle is built to last for a lifetime, giving you the same experience and service. So you don’t get any kind of chance to complain about them.

No wonder there is so much craze on going about them worldwide. Mercedes Benz CLA, S-class Sedans, and coupes are some of the popular examples of this brand.

BMW stands for Bavarian Motor Works. It is another top leading premium brand without whose inclusion the list of the top 10 german brands will be incomplete.

Though they have started their journey in the year 1916, yet they have never failed to impress us with their vehicles in such a long period.

In fact, you will be surprised to know in the year 2012, they became the official partner of the summer Olympics held in London and have delivered over 3000 cars– which is indeed worth appraisal for.

One thing that this brand has made sure always is they have always tried their level best to keep up with the trend. And the result is right in front of us, such as the BMW I series – it is a perfect fusion of ecological and latest technologies.

Quality is something they never compromise with anything!

The brand always puts in a lot of effort and time into making a quality product. So you can get the best one.

In 2014, they earned one of their best sales records by making a raise of 11% – which ultimately paved their way to being the world’s most luxurious car manufacturer.

Besides, in the year 2006, they have made around 1.4 million 4 wheeled vehicles. And soon after 4 years, it reached to 1.5 million units. Some of the famous examples of this brand include BMW X, BMW I series, and many more to go.

Volkswagen, popularly known as “the car of the people,” is the next one on the list. Starting from making the most affordable cars to producing some luxurious cars – Volkswagen just creates everything.

So everyone within their comfortable budget can go for the desirable one without stressing out much.

It is definitely one of the main attractions of this brand that has made it so much popular among the people. VM XL1 (2013), Large CrossBlue-based 7-seat SUV (2016), and Volkswagen Golf are some of the top examples of this brand.

Porsche is another German manufacturer that specializes in making almost everything. Right from sedans, hypercars, supercars, SUVs to sports cars – they have it all!

Although they were not popular at first, but later on in the late 80s and the early 90s time, they began to grab people’s attention. And since then, there is just no turning back instead of just rising up.

In fact, to your surprise, they are debatably the most reputed german car manufacturer – making the maximum profit per car sold.

Some of the striking examples that this brand gifted us include the 918, Cayenne, Macan, Panamera, Cayman, Boxter, etc.

Adam Opel AG has been in the automobile industry for over 150 years now. At first, they used to only create bicycles. Later on, the company shifted to making cars in the year 1899. Since then, they are always on the run to making some fabulous cars without taking any kind of pause.

Luckily, they are successful in their endeavor, which in return has made them survive such a long phase. And today, they stand in being one of the top German car companies.

Starting the journey in the year 1965, Alpina has made sure to make a strong position in the automobile industry with its quality vehicles.

They were not popular at first as it is now. But today, they are currently one of the well-established German cars brands that sell exclusive vehicles, spare parts, and various kinds of tools throughout the globe.

As they specialize in twin-turbo motors, so they made sure to put one of them in their logo to put some limelight on their technological quality. Some of the premium cars of this brand include Alpina XD3, Alpina XD4, Alpina D5 S, Alpina B7, and the list goes on.

Gumpert is another active automobile german brand cars that began its journey in 2004. Though they didn’t rise to fame as like other popular brands, yet they still have managed to be in the race of the best German car brands- which is certainly a pretty big deal.

The most noteworthy thing about this brand is its top-notch speed. In fact, their main target is to create a super sports car combined with high racing performance and the latest technologies. The greatest invention of this brand that has taken the limelight towards it is definitely “Apollo Racecar.”

Isdera is one of the privately owned german car manufacturers that mainly focuses on creating sports cars. They are basically famous for their exclusive designs. Such as the Isdera Commendatore 112i – a supercar with 260 km per hour, 400 horsepower, and a V12 engine.

Featuring a low, slim spherical layout and 2 double doors – this Commendatore 112i will for sure grab the attention while passing. It is something that is simply hard to overlook!

Each of the cars of this brand is particularly handcrafted by a dedicated small craftsmen team, and the only way to purchase a new vehicle is to contact the CEO directly.

Smart is basically known for its ultra-compact micro and small cars. What makes this brand a standout among others is its eco-friendliness and compact size – ultimately making them a super safe and easy to park vehicle.

This brand is a true reliance where creativity and style meet. Such as, Smart EQ Fortwo still remains on the top list of the best-selling vehicles in the entire Smart history. Other famous models include Smart Brabus Forfour, Smart Cabrio Tailor Made, and many more.

Each of the above-mentioned top 10 German car brands is a true masterpiece from every perspective. Whether it be their stylish design or the latest technology inclusion – they have it all!

As a result, making the decision process super hard. One thing that German car brands teach us is that everything is possible if you have the will and passion to make it happen. And the examples are right in front of us!